The ways in which we choose to interact with the natural world can have huge consequences, not just for our environment but also, as we have seen from the COVID-19 pandemic, for human health at large. But who is stepping up to help and who is looking the other way?

Forests cover nearly 1/3 of land on Earth (4.06 billion hectares) and they’re under threat, it’s old news but it’s still true.¹ Although the rate of forest loss has declined substantially, an estimated 420 million ha of forest has been lost since 1990.² Not only is this bad news for wildlife (many scientists agree we’re experiencing a 6th mass extinction) and the fight to mitigate climate change (forests have the potential to act as both carbon sinks and emitters), it’s bad news for humans too.

In November 2019, just over a month before the Wuhan Municipal Health Commission in China reported a cluster of cases of pneumonia in Wuhan, an article in the National Geographic prophesised that “as more and more forest is cleared around the world, scientists fear that the next deadly pandemic could emerge from what lives within them”.³ And they weren’t wrong, COVID-19 is the is the third zoonotic coronavirus, after SARS-CoV and MERS-CoV.⁴ Writing during the lockdown imposed in response to the COVID-19 pandemic, Kim Carstensen, Executive Director of FSC, said, “When forests are destroyed and when wild animals are traded, the interaction between humans and animals lead to an increased risk of the spread of zoonotic viruses.”⁵

FSC was established to promote responsible management of the world’s forests. Its pioneering certification system, which now covers more than 211 million hectares, is one way in which people are working to take care of forests. Present estimates indicate that 422 million hectares of forests are primarily designated for the conservation of biodiversity, and more than 700 million hectares falls within legally established protected areas such as national parks. These figures have increased over the past 30 years, as has area of forest under long-term management plans, an estimated 2.05 billion hectares in 2020.⁶ But although we may welcome these increases, we must firstly acknowledge that these areas still exclude a significant proportion of forests and secondly, question how effective these mechanisms are; protection and management plans alike, don’t inherently produce positive results.

Take for example the Maya Biosphere Reserve, created in 1990 by the Guatemalan government to protect the largest area of tropical forest in Central America. Occupying about 2.1 million hectares, it is split into areas designated as strictly protected, multiple use (including concessions) or private holdings. The reserve, however, has had mixed results. In the protected areas in the west illegal cattle ranchers have caused some of the fastest rates of deforestation in the world.⁷ However, the reserve’s community forests in the east have proven more resilient to land grabs and remain intact. FSC certification is a requirement for maintaining a concession within the reserve and has “functioned as a mechanism for accountability and complements the monitoring capacities of public institutions, which are limited.”⁸

In 2018 The Collaborative Partnership on Forests listed 5 actions to halt and reverse deforestation.⁹ These included that “governments at all levels must take the lead in putting in place the enabling conditions needed to ensure all forests are sustainably managed”. They also called on the forest products industry to work with local communities and “ensure legal and sustainable value chains for forest-based commodities, including through forest management and chain-of-custody certification”. The WWF UK Timber Scorecard assesses businesses on their timber product sourcing policies and performance. Of their 2019 report they say, “Our findings suggest that, overall, the private sector’s willingness to take further steps to develop their standards of operating is waning; and the businesses that plan to do their part are already doing so, while the gap between leaders and laggards is widening.”¹⁰

Certification provides a way not just to expand the area of forest under long-term management plans but also to ensure that those plans and their implementation pass muster. But how can certification schemes absolutely guarantee that all forest products come from responsibly managed forests? In short, they can’t – at least, not on their own. Certifications, such as FSC, are voluntary and cannot replace government oversight and action against fraudulent activities. What’s more, as the FSC scheme has expanded and experienced success, this has in turn created greater incentives for fraud within its own system. Disappointing, undoubtedly, but FSC is aware of its weaknesses. In 2009 it introduced a policy to which organisations associating with FSC had to commit, forbidding them from involvement in potentially destructive forest practices, such as illegal logging. The policy means that FSC licence holders can be investigated and excluded from the system on the basis not just of company activity within FSC-certified concessions but also that carried out elsewhere.

FSC is continuing to innovate, in part by developing more efficient, digital tools, such as blockchain. It also follows up on alleged wrongdoing when identified or reported. If allegations are proven, perpetrators are suspended or terminated. In extreme cases, they are expelled completely from the FSC system. This is another development, a new certification status (“terminated and blocked”), which applies when a company is caught deliberately issuing false claims, a change prompted by investigations and terminations in the Ukraine. Forest practices in the Eastern European country have received public attention recently following the release of a critical new report by Earthsight, a non-profit organisation. FSC has adopted a holistic approach to tackling the problems in the Ukrainian timber industry, including improving supply chain integrity, for which FSC has a dedicated team who verify FSC transactions in relation to locations or products identified as high risk.¹¹

The fight for the natural world and all who depend upon it cannot be won alone. Governments, businesses, NGOs and individuals all have their part to play, both in taking their own actions and holding those of others to account. 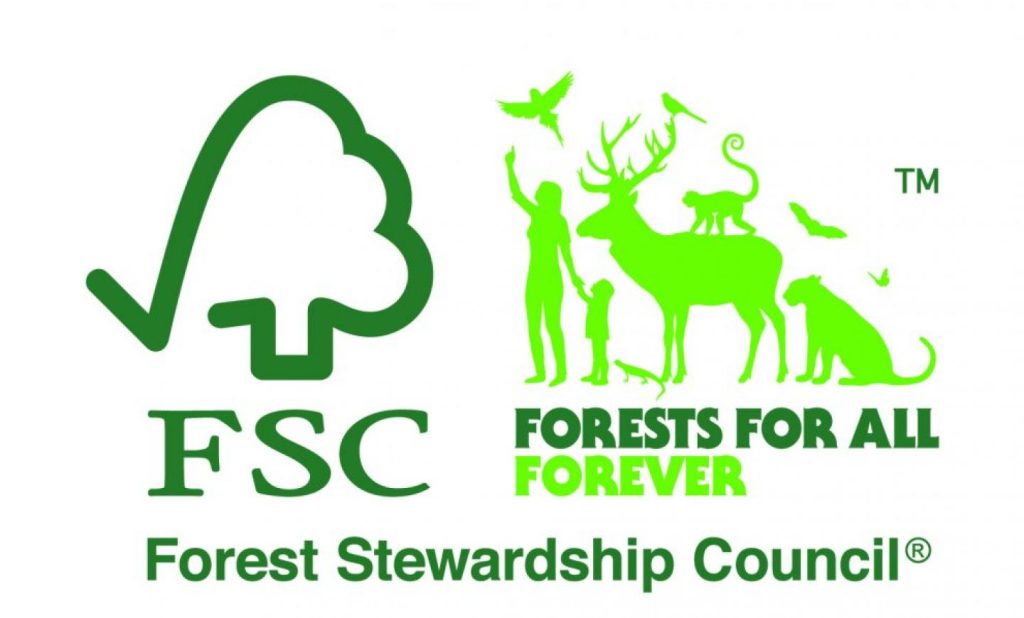